Amac Keylogger for macOS Sierra 10.12 is available to download 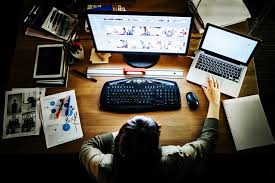 Which Macs can run macOS Sierra?

Requirements for making full use of new features

Although the Macs listed above do support macOS Sierra, older models may not support all the new features well after update. For instance, if you want to use the features such as Universal Clipboard and Apple Pay, you’d better check if your Mac is:

In order to use Auto Unlock feature on macOS Sierra, you’d better meet the following requirements:

Thanks to macOS 10.12 Sierra, Apple products like Mac, Apple Watch, and iPhone can be used together to bring so many surprises for users. Undoubtedly, a number of Mac users have updated their compatible Macs to the latest operating system from the original Mac OS X 10.7 Lion or later. On October11, 2016, macOS Sierra has just released 10.12.1 Betta 4 version, which fixeed some general bugs and does improvement.

macOS Sierra is so popular among young users that it seems necessary for parent s and employers to monitor and control Apple computers running macOS Sierra which are used by children or employees. Amac Keylogger for macOS Sierra 10.12 is just what you need to keep an eye on what the ones you care are doing on the Mac computers! Surely, you will be surprised by what it can do for you.

Amac Keylogger for macOS Sierra helps users exactly know what activities are conducted on the target Mac computers. With such a useful keylogger for macOS Sierra at hand, parents can easily protect children safe online by detecting potential danger in advance. Employers can use it to monitor employee Mac activities efficiently so as to improve employee efficiency and prevent confidential information leakage.